Over the 15 years of YogaJaya's existence we've held more than 500 events with renowned instructors and lecturers from all around the world.

All in-person classes at YogaJaya have been suspended due to Covid 19.
Please visit this page for updates.
Start your practice online with us here. 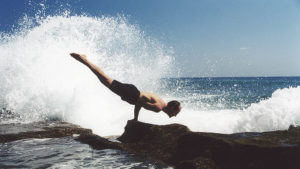 David Swenson began practicing yoga in 1969 at the age of 13. His older brother Doug was his first teacher. They practiced hatha yoga from whatever books they could find.

David's introduction to Ashtanga came in 1973 when he met David Williams and Nancy Gilgoff in Encinitas, California. In 1975 David and Nancy brought K. Pattabhi Jois to the U.S. for the first time and Swenson was fortunate enough to be there.He then initiated studies directly with the master. Swenson made his first trip to Mysore in 1977 and learned the full Ashtanga system as it was originally taught by K. Pattabhi Jois. David Swenson is recognized today as one of the worlds foremost practitioners and instructors of Ashtanga Yoga. 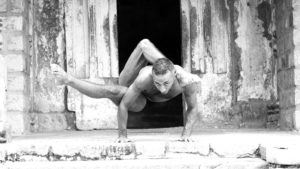 Kranti will take students through the traditional sequencing and counting of the ashtanga vinyasa system in a led primary series class, and elborate the detail of adjsuting students with a sensitive and responsible approach.

Bring Balance to your Practice and Smile!! Workshop with Kranti

This is course designed to help yoga practitioners of all levels understand integration of a steady and contemplative approach to deepening yoga practice. 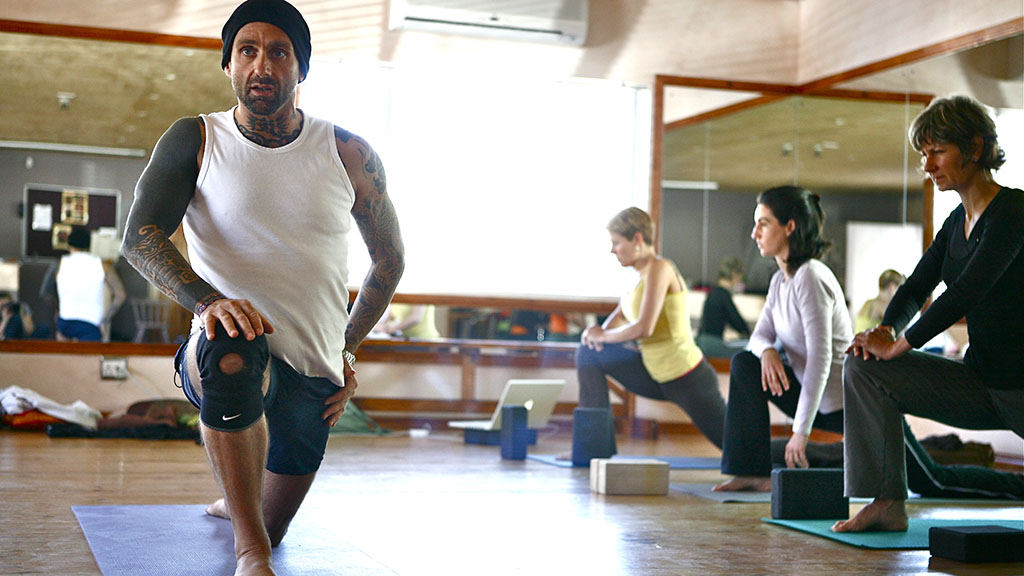 This workshop will combine dynamic vinyasa style sequencing with multiple posture variations for more of... 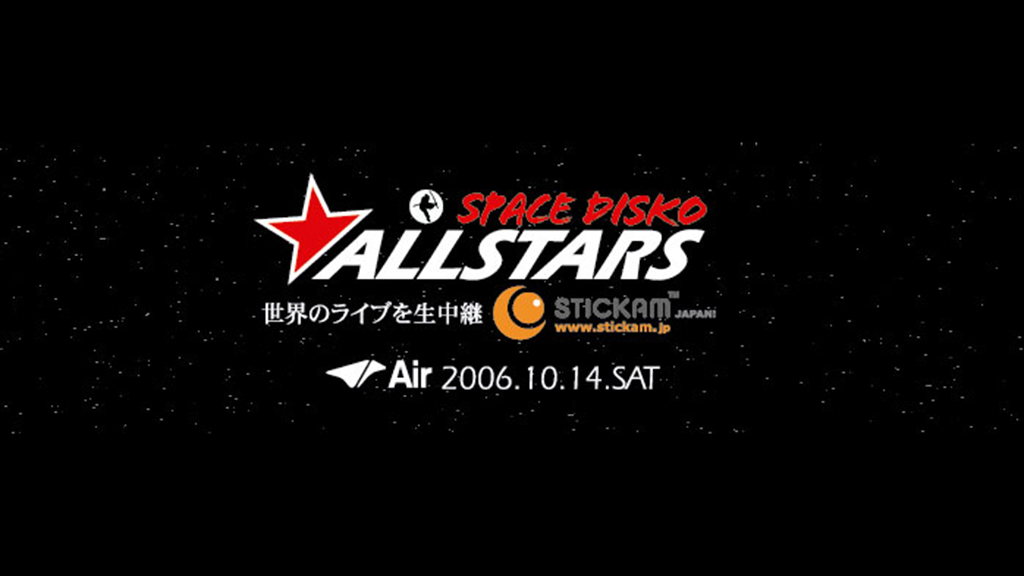 samurai.fm exploring the furthest frontier of electronic music, takes you on a voyage of cosmic disco and intergalactic electro-house piloted by our experienced navigators. In-flight relaxation and techno desserts will be served in the JayaJaya space lounge. 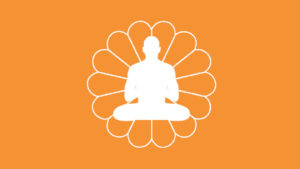 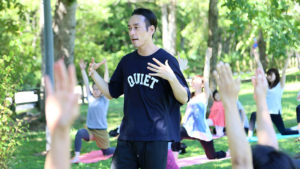 This is a basic course designed to help beginners understand the dynamics of yoga posture techniques with correct breathing and is a good building block for safe daily practice. Beginner students who complete this course will be ready to attend YogaJaya level 1 to 3 led public classes. 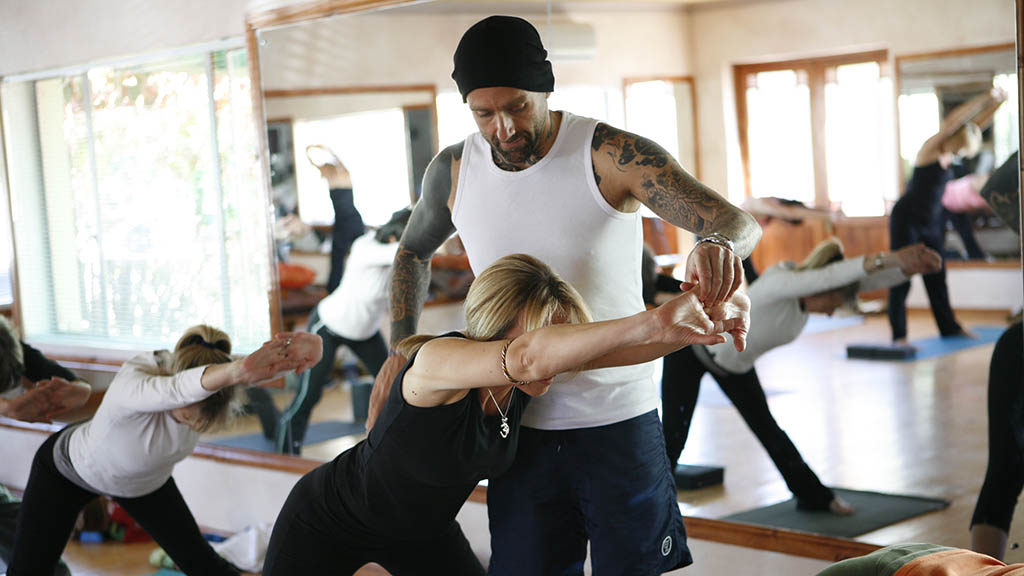 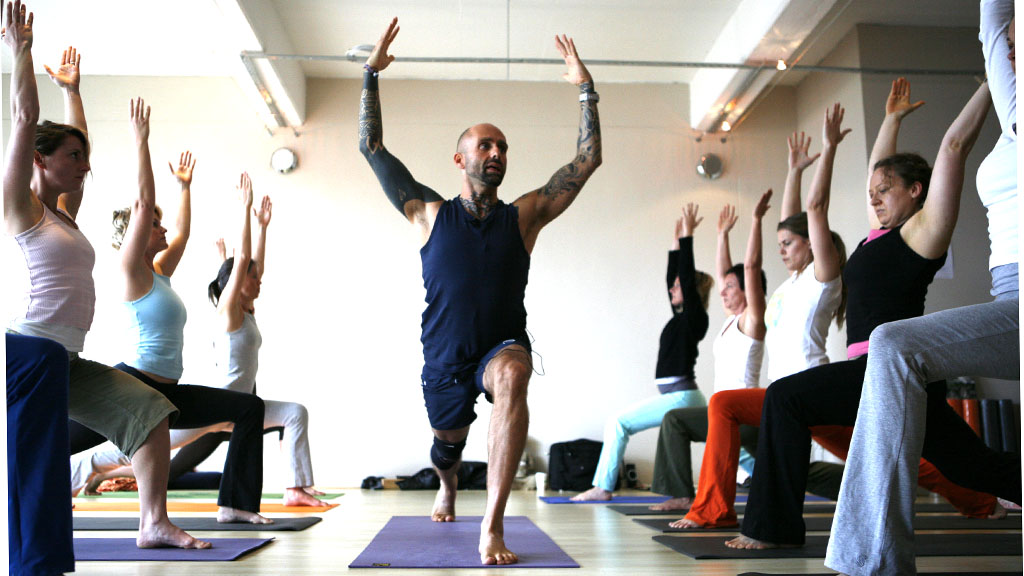 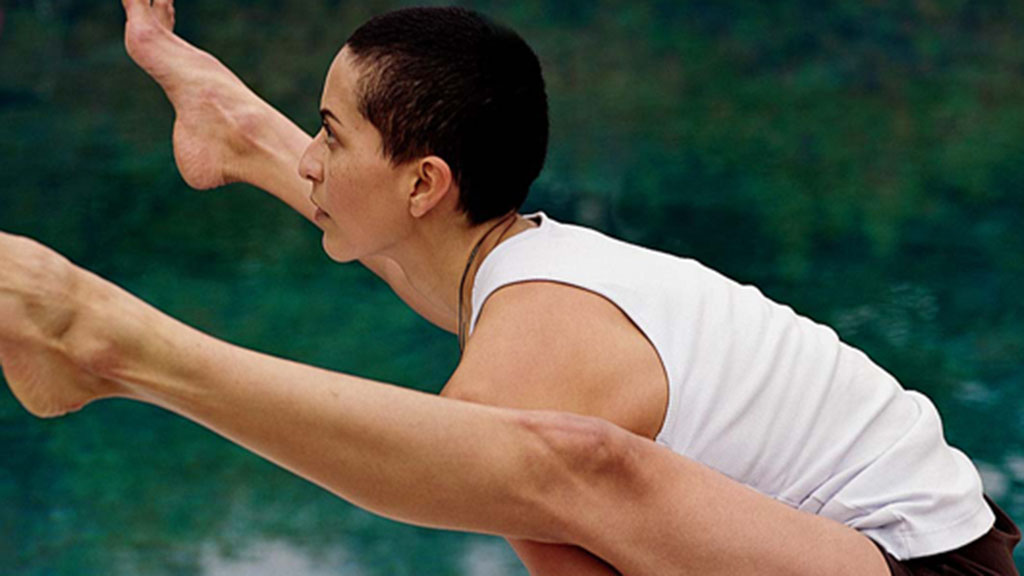 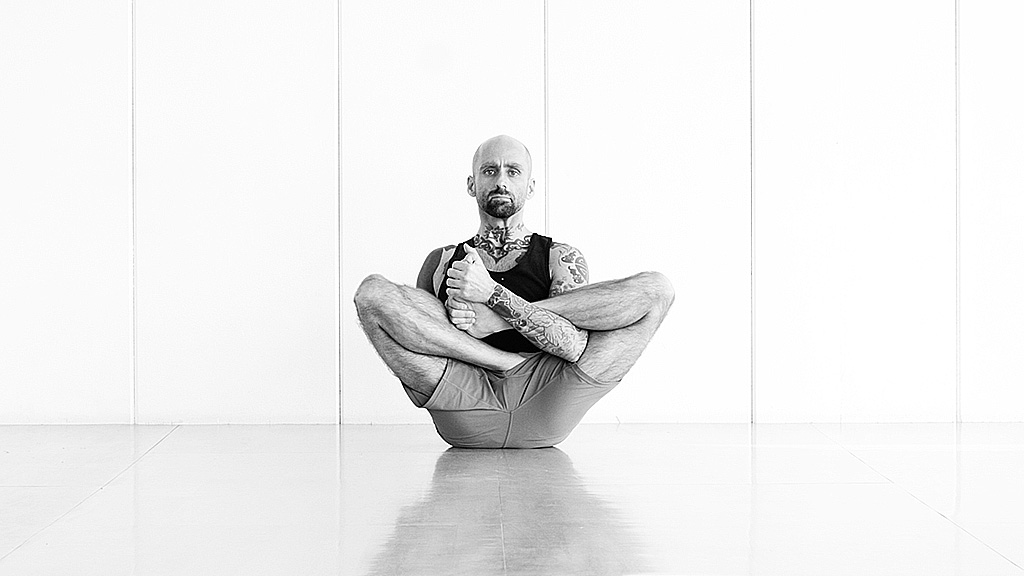 YogaJaya Goes to BOOM Festival In Portugal this summer!

Kengo Nomura and Patrick Oancia will be leading daily pranayama and asana classes at the world renown Boom festival.

The Boom Festival is a global art, music and culture gathering held every two years in Portugal's sun-drenched countryside in a stunning outdoor location on the shore of the Lake Idanha-a-Nova. 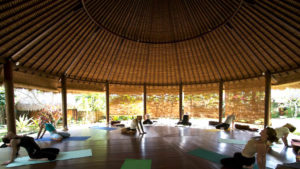 This Residential Workshop will be held in an enormous beautiful traditional Moroccan Villa in the foothills of Tangier over looking the straight of Gibraltar. 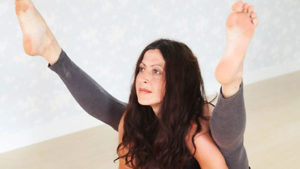 This course will break down and use elements of the Ashtnaga vinyasa first series to introduce the second series in a safe and fun way. Natalia welcomes yoga practitioners of all levels to this workshop. She emphasizes that everyone will benefit from her fun and light hearted approach and people will leave with a deeper understanding of how to practice according to individual ability!

Iva Drtina-Hall: TRANSFORMATION Part II YOGA AND THE EMOTIONAL SELF 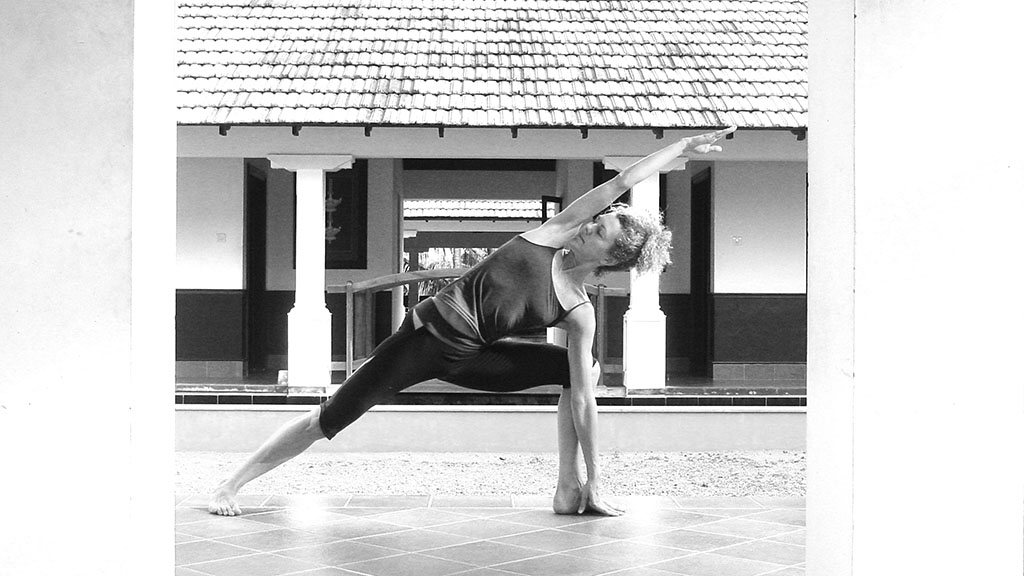 This course puts emphasis on watching the changes occurring in the body through yoga practice. Students will understand in more detail the profound depth that yoga has and the way it can affect the condition of the mind. When the mind and body are transformed, the true self becomes apparent. This is a continuation of the first Transformation workshop where the emphasis was on the physical transformation.

The detail in this workshop will be of interest to yoga teachers, and experienced practitioners.
Attendants will benefit from a deeper understanding of creative vinyasa sequencing based on practical theory, anatomy and the relationship to alignment dynamics. 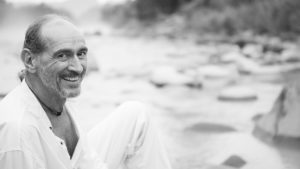 Emil was born in Switzerland and has been living in Asia since the mid-seventies, studying Sanskrit and Indian Dharma on the Subcontinent, as well as Chinese Philosophy and Taoism in East Asia.

He is presently conducting courses for teacher training programs of Yoga Arts of Australia and Purple Valley of India in pranayama, guided meditation and yoga philosophy, the latter a series of lectures encompassing the known history, the different disciplines and traditions, and the personalities and masters of Yoga.
When not in Nepal and India practicing, teaching, and researching, Emil is holding his own workshops and retreats in Europe, as well as in Bali, Singapore, Thailand, Australia and Japan.
Emil E. Wendel teaches a merging of asanas (physical yoga), pranayama (breathing techniques) and dhyana (meditation), to develop and deepen yoga practice. 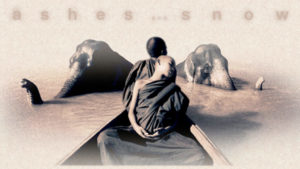 JayaJaya is a monthly event to bring different types of people together to watch movies, play or listen to music, and chat about anything and everything. In May, we will be showing the movie "Ashes and Snow". 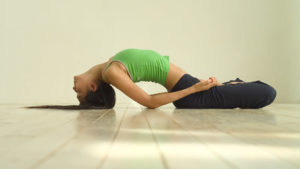 In this all-level course, certified Sivananda instructor, Hikaru Brundtland will introduce all key elements of the Sivananda Yoga system, including philosophy, breathing techniques and postures. Beginners as well as experienced practitioners will benefit from awareness of the underlying purposes and effects of these techniques, as they experience the Sivananda system on a practical level. 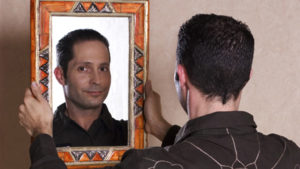 In this introductory course, Canadian Contemporary Feng Shui Consultant Mark Ainley will introduce the concepts of energy flow and how modern architecture compromises our ability to nurture 'chi'. He will provide practical solutions to help you shift your relationship with your home and work environment.

JayaJaya is a monthly event to bring different types of people together to watch movies, play or listen to music, and chat about anything and everything. Free of charge! Please feel free to bring your own food, drinks, utensils and trash bag. Free tea provided to everyone with a cup! JayaJaya is a self-sustaining event. 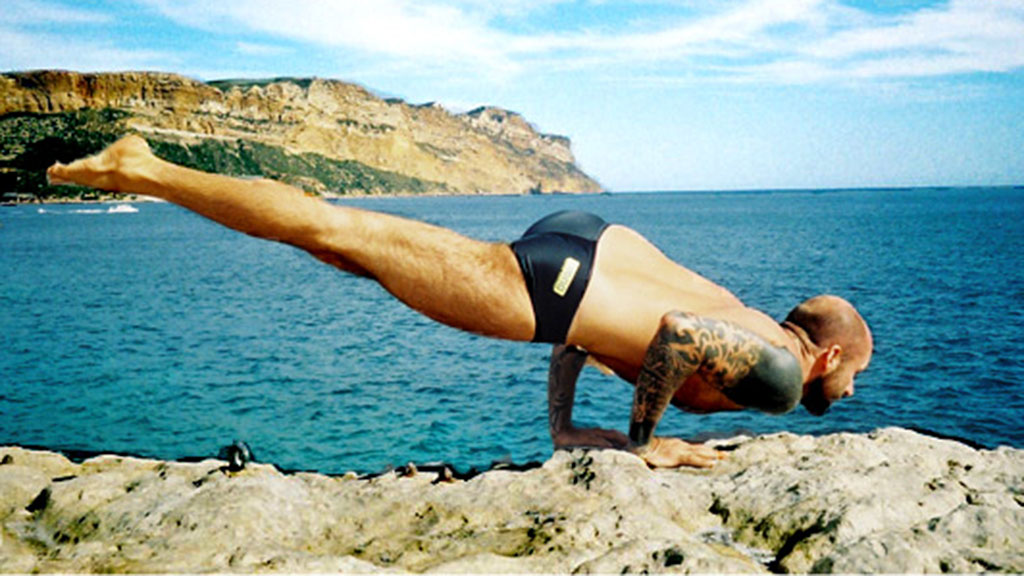 Patrick encourages for people to persevere tapping into their own potential according to their respective processes through integrated life experience. He feels the physical yoga practice is just the tip of the iceberg!

JayaJaya will be a monthly event to bring different types of people together to watch movies, play or listen to music, and chat about anything and everything. In March, we will be showing the movie "What the Bleep" .

The basis of Patrick's Bali weekend intensive is to elaborate on full integration of body dynamics, meditation, pranayama, and self-inquiry.

Patrick approaches teaching asana in various different ways to directly address different aspects of the physical practice and how that can manifest into life experience.

This workshop will combine dynamic vinyasa style sequencing with multiple posture variations for more of a heat intensive, purifying practice. Also integrating a more restorative yin style approach to induce a better understanding of how the practice can affect the meridian system and specific organs to enhance physical balance, inside out. Patrick will also encourage holding active postures for longer periods to stimulate and promote purification of the lymphatic system.

This combination of free style hatha asana brings about a sense of balance in physical practice that complements a very meditative quality. In turn leading to altered perceptions, and psycho-spiritual transformation. 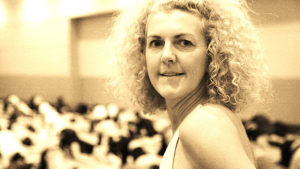 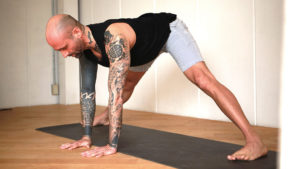 Patrick Oancia is the director and head teacher of YogaJaya. Originally from Montreal, Canada, Patrick has been practicing raja yoga since 1997. He has traveled around the world attending advanced, intensive workshops and study in several countries.

He has studied various hatha yoga asana traditions including Ashtanga, Iyengar, and Sivananda as well as regularly practicing meditation (Dhyana) and breathing techniques (Pranayama). He has also studied yoga, Indian, Taoist, Sufi and Buddhist philosophy. Patrick has studied with yoga teachers including Josi Vallicherry, Lance Schuler, Louisa Sear, Rachel Hull, David Muehsam, Rajay Mahtani, Emil Wendel, Danny Paradise and Gabriella Pascoli. Patrick's own experience with yoga began when a friend gave him a book of yoga-class tickets as a birthday present and what a re-birth it has been! Patrick has been based in Tokyo for 17 years. He spent many years as a performing guitar player, singer/songwriter in rock bands in Tokyo and abroad. He is still active in music production, performance, composition and DJ-ing, as well as pursuing interests in interior and graphic design. 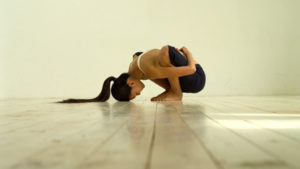 This is a basic course designed to help beginners understand the dynamics of yoga posture techniques with correct breathing and intro to basic yoga philosophy. Beginner students who complete this course will be ready to attend YogaJaya level 1 to 3 led public classes.