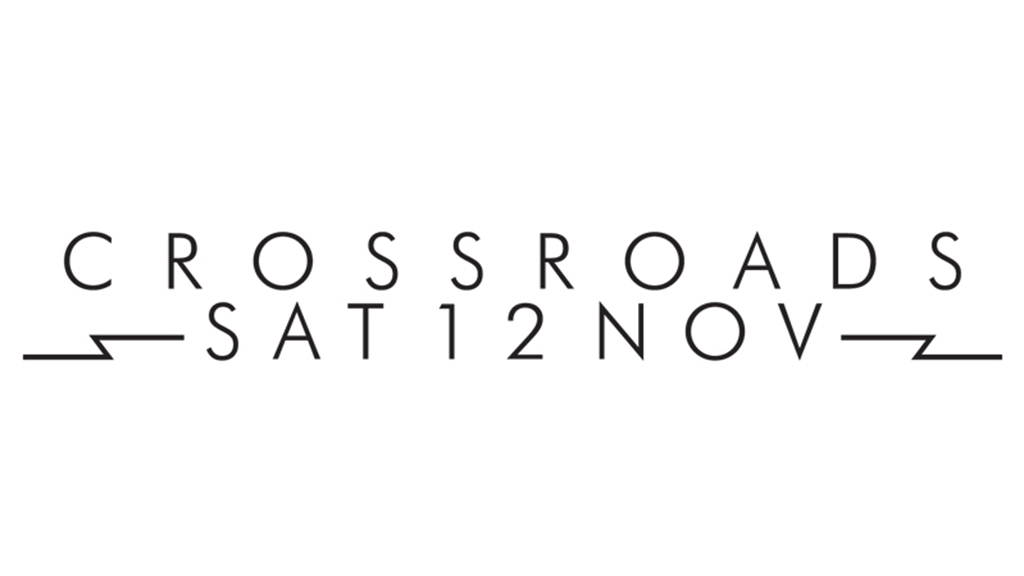 Normally associated with his peers in techno from Detroit, Europe and elsewhere, John Tejada has embraced electronic music as a personal frontier, expanding on his resume as a techno recording artist as producer, remixer, DJ, and label owner. Known for crafting a brand of subtle, musical techno, his recorded output ranges across tempo and genre lines, from chilled out affairs with spacious arrangements to pulsating, densely layered, deeply energetic tracks that work magnificently in the hands of DJs as well as on the home stereo.

John Tejada was born in Vienna, Austria on April 21, 1974. His parents, both professional classical musicians (his mother an opera singer and father a conductor) began his early piano training at the age of 4. In the summer of 1982, John would move with his mother to her place of birth, Los Angeles. It was that summer at the age of 8 another instrument would catch his eye, the drums. Teaching himself to play along to classic rock music, John quickly learned his way around the drum set (an instrument he still plays to this day in his I’m Not A Gun project). Everything changed however when he got his first taste of early 80’s hip hop music. The impact of those early productions and electronic experimentation was very strong. Soon after, at the age of 12 John was given his first set of turntables and a mixer. He wanted to figure out everything he was hearing DJs do at that time. His first gigs came at the age of 12 for his own school, DJing his school dances.

Soon after his fascination with DJing began his fascination with production began. Just as he was completely determined to learn the tricks of local DJs, he now wanted to know how the music was made. His introduction came around the age of 15, when he acquired his first looping delay. Soon after came his first workstation, an Ensoniq EPS sampler. This opened up a whole new world of possibilities. John spent every part of his day honing his craft.

In 1991, while still in high school, John was already recording his first productions. He was also involved in college radio, even though he was just a junior in high school. John had a spot on “The Fly ID Show” with DJ Rob One. John produced the show’s first record for Rob and also went on to do some hip hop production on Ruthless Records. It was during this time that he met his long time collaborator and best friend Arian Leviste. The two met at a hip hop recording session in ‘91. John, already tired of the hip hop scene and where it was going, spent hours talking to Arian about acid house, techno, ambient house and everything they seemed to have in common. The two agreed they would meet weekly to compose material. It took some time before they would release any music, but in 1994 they pressed up their own single and that started a chain reaction of releases. John and Arian during this time also were accepted into Cal Arts’ (California Institute for the Arts) electronic music program, but both decided not to attend to hone their craft on their own.

Soon after, John enjoyed a series of releases on European labels like A13, Multiplex, and Generations R&S. In the fall of 1996 he started his own label, Palette Recordings as an outlet to release his own productions without having anyone tell him how to do it. The demand for his music continued to grow and labels such as Ferox, Sino, Mosaic, Immigrant, Plug Research, Pokerflat and 7th City all released Tejada 12”s.

In 1999, John met classical jazz guitarist Takeshi Nishimoto, which was the beginning of another musical frontier. The two had a similar meeting as John and Arian had years before and began talking about making music. The project I’m Not A Gun was born and signed soon after to Berlin-based City Centre Offices. This project would bring back John’s own training as a drummer while also trying his hand at the guitar. The project became a mix of John’s own electronic productions along with Takeshi’s professional guitar playing and John’s drumming. The project has enjoyed great reviews and success the world over and the duo has performed live in LA, Japan and Germany.

In the summer of 2004, John would - in one week - create the two songs that would catapult his techno career. The classic “Sweat On The Walls,” and “Mono On Mono” were released almost at the same time on two different labels. “Sweat” was released on Pokerflat and “Mono On Mono” on Palette. Together the two records sold over 23,000 copies on vinyl. This lead to the equally successful follow up singles “Paranoia,” “Mind Bend” (with more recent collaborator and Palette-signing, Justin Maxwell) “Voyager,” and “The End Of It All.”

With dozens of singles and remixes to his credit, he has also produced full-length albums for Playhouse, Palette, Plug Research, deFocus, Moods and Grooves, Immigrant and A13. For a complete discography please visit:

Antony Williams aka Addison Groove started out life under a different pseudonym altogether, that of Headhunter, under which he achieved legendary status within the dubstep scene. With an LP and 12” releases on the influential Tempa label stretching back to 2007, his work at the deeper end of the dubstep spectrum has graced the label an impressive 7 times, a figure matched only by luminaries such as Skream & Horsepower Productions. This work looked set to continue until 2010 when, seemingly out of nowhere, he crafted one of the biggest bass music tracks of the decade, ‘Footcrab’, under the new name of Addison Groove.

The response to ‘Footcrab’ was phenomenal, receiving critical and commercial success in equal measure across the dance music scene. Getting plays not only from the dubstep DJs that Williams was used to reaching, it also found its way into the record boxes of techno and house heavyweights such as Surgeon, Ricardo Villalobos and Mr Scruff, bringing an enormous new audience to his music in the process. Taking influences from the Chicago ghetto tek and juke scenes, Addison Groove’s impact on UK bass music has been colossal and unprecedented, sparking a huge interest in these styles from his peers and the listening public alike.

Progressing at a breakneck pace, he was quick to develop a live 808 show which has graced some of the finest nightclubs in the world including Fabric, London and Berlin’s infamous Berghain. With his hectic touring schedule including USA, Australia, New Zealand, Asia and numerous dates in Europe, he continues to bring his hybrid sound to captivated audiences across the globe.

Spending 2 years in Manchester, UK, in the early 90s, SAMMY worked in the music scene in Hacienda at rave parties and Neo Psychedelia. He started his career as a dj from 2000. His sound could be described as noizy, dynamic but sensitive groove by mixing dub, shogazer, metal core, and noise, with many types of dance music. He has played with Akufen, Evil Nine, Jennifer Cardini, John Neltran, Kirk Degiorgio, and etc. not only at clubs but Sammy has also played for Lenny Kravitz's unplugged live event and some fashion shows too.

Born in suburb of Tokyo, growing up being influenced by all cultures. Started DJ career as a freaky lounge style DJ / Organizer, playing Jazz, Abstract, Fusion and world music around mid 90's.

Since then, he'd been seeking electronic dance music which exceeds all genre.You can feel his one and only world and cultivated abandon musically.He's been playing at these big name events and clubs such as WOMB, ageHa, AIR, YELLOW, Unit and some other open air spaces, festivals, art events and temples as well.

For 5 years, he organized his very first regular party called “PANGEA” at WOMB that is one of the highest quality clubs in the world. It was the very first Sunday Afternoon party for this club, too. (Later on, he left this party.)

The party was hugely popular. It still influences other projects of WOMB SUNDAY AFTERNOON. DJ SON also greatly contributed to the production.The stimulation that came out of it, spreads out various ways.

After that, he experienced being an organizer for the one of top techno events “IN:FLAME”. If you know this party, you must have seen many top DJ artists play from all over the world.

Now he's a resident DJ of the party “BUNNY HOP” which is organized by the interesting creative group called WEEKEND WORRIORZ TOKYO. He is also one of the member of this group.WW-TOKYO has a very unique original color.They take pist bike culture into the party. SEXSON SUPER PEACE, led by SHINGO420, support the event with those pist bikes.

WW-TOKYO has supported the release party of the mixture rock project “KAIKIGESSHOKU”, that is formed by many big Japanese artists.WW-TOKYO's incomparable senses are flowering and are on their way to another step.Everyone is looking forward to having experiences in their next stage.

In June 2010, he finally came back to “WOMB SUNDAY AFTERNOON”, and also now he does resident DJ of CLASH AFTER – official after-hours party of CLASH in ageHa, which is biggest venue in Japan.

Techno/Experimental electronic music composer, producer, and DJ from Baltimore/Washington D.C. who cofounded the netlabel miniscule.tv with Donor (Stroboscopic Artifacts) and co-organizes Tokyo's Wiggle Room Parties. With releases on miniscule.tv, Textone, and a few other labels, he performs regularly in Tokyo including at Eleven, Ageha, Unit, Womb, and Air. Look out for forthcoming releases including a full length album in 2012!

TAI SOULSEEK was born and raised in the sunny city of Eilat, Israel. He was attracted to musical instruments from a young age. He discovered the Bass Guitar and played for 6 years. He was introduced to the trance scene in Israel in 1994 and began to explore the limits of the genre.

SOULSEEK then began to explore the deeper side of all electronic music (house,progressive,electro,techno,etc..) Over the years he has manged to create aunique set with a strong beat and powerful bass.

Interstella are Richie and Mari. Interstella started when they met in 2002 and is an collage of analogue visuals made using macro lenses, prisms and crystals. Interstella's unique vj style includes live analogue visual interaction without the use of computers and real time refraction and projections. This is where the magic happens, as sounds waves create light waves from the micro to the macro cosmos, fusing colors and melting textures in synch with the music. Interstella displayed a kaleidoscope installation and premiere their new slide show at first Crossroads event.

Richie came to Japan as Dj R1 in 1993 and played at some of the most colorful parties when the trance/techno scene was just beginning. Those early parties include The Twilight Zone, Key Energy, Odyssey, Horizon, Geoid, Vitamin-Q, Dakini and Anoyo. Nowadays Richie works as a freelance carpenter / furniture maker and builds huge kaleidoscopes and other objects in his spare time.

Mari first become interested in visuals and decoration whilst assisting with the deco, lighting and visuals at "Lifeforce" party in 1989. Her father who co-produced these parties is well known PA Engineer Mr Asada. Mari from then went on to participate in other underground parties such as Vitamin-Q, Dakini, The Loft and then to vj at various festivals including Labyrinth, Utage, Hikari Matsuri and ecology events such as BeGood Cafe and Earth Day. Mari also works as a 3DCG artist and is an art director of Photon inc., a media art group with which she helped develop the "RhythmEngine", a spatial music session software which have got good reaction worldwide.

We hope you will enjoy Interstella's unique and spacey visual display.