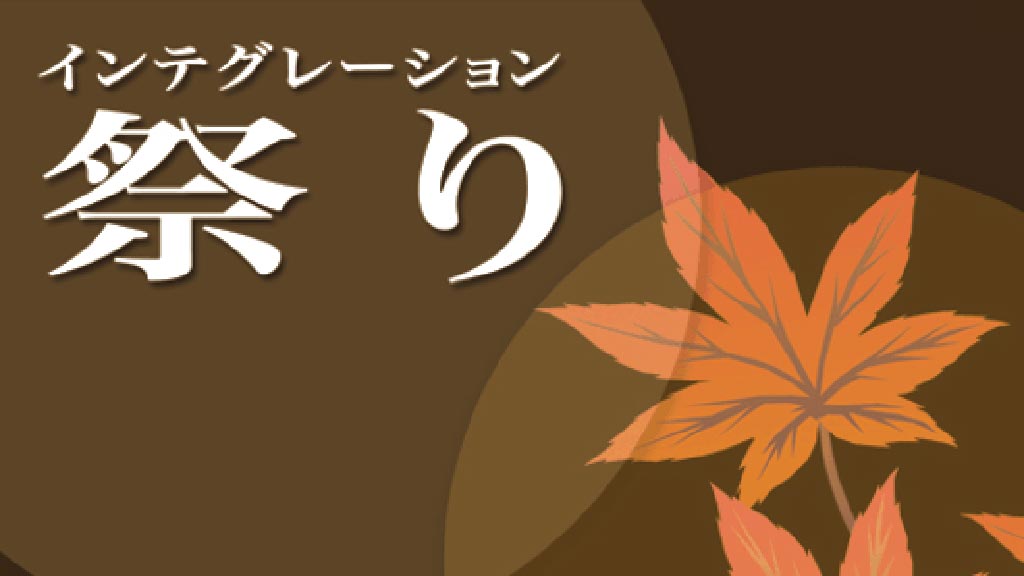 This event is to showcase connectivity between different artists and the alternative lifestyles sector to encourage harmony, coexistence, and creativity to promote sustainable lifestyles in the modern world. All the people involved in this event are people who have truly manifested their dreams and projects, and who believe that life is truly a state of mind.

Proceeds will go to a fund to off set carbon emissions into the atmosphere to support a carbon neutral environment.

Poco began djing in 2002 and soon established as distinct sound which has been classified as downtempo/electronica. Having played lots of events in and around Tokyo, Poco has been greatly influenced by the work and inspiration of his friend Candle JUNE. He recently played at 9 11, a outdoor ceremony directed by Candle JUNE , integrating music and candle lights to create a magical atmosphere in the mountains of Asagiri Highland with a panoramic vies of Mt. Fuji. He has also recently played at the Joe Curren Art Show, where Tom Curren also appeared.

Poco established his own brand “LEH”, that crosses beyond the border of fashion. Being inspired by Tibetan culture, he works from creative design in the production of his label.

Akiko is considered my many as a messenger who communicates the energy of nature through painting.

Surrounded by deep nature, her inspiration surfaces like water from a spring .

This essence flows through her painting and shapes form in her work.
She is absorbed in the process of surrendering herself to greater presence with joy when painting.

David (Hikari/Dakini Records) - Co-producer of music with Gio Makyo under the unit name of “Padmasana”. DJing since the early 90’s, his sets today are deep dubbed out soundscapes reflecting influences as diverse as Eno, the Jamaican dub pioneers, world music, and the early techno scene.

Han’s interest in Tattooing started when he was 24 years old. He studied Tattoo art under a Japanese teacher who just had returned from Brazil from a three year sabbatical at the time. He later traveled around the world where his exposure to diverse cultures through Tattoo re-affirmed his love for the beauty of traditional Japanese culture.

He supports creating tattoos that satisfy people who have desires to express themselves and changes their lives. He has experienced profound personal transformations over the years through integrating his knowledge of tattoo art in such a way that helps people to face their instinctive desires. He has gained great inspiration from being an artist, and continues challenging his own personal growth process.

Clothing inspired by music, travel, nature and free lifestyle. Drawing from a global network of independent artists with a shared vision, Hikari is a fusion of East and West reflecting spirit and harmony, creativity and freedom.

Jaybee DJing at 18 years of age. Not long after he was asked to play at the prestigious "Chinese Laundry" and "Globe" nightclubs in Sydney, Australia. From there he went on to hold a residency at "Slip Inn” located in The same building as Chinese Laundry quickly establishing himself as a reputable Tech House/ Deep House DJ.

In 1999, Jaybee relocated to Tokyo going on to play at some of Tokyo’s best night clubs. Jaybee met and worked with many producers and label owners leading him to connections and relationships which have strengthened his relationship within the electronic music world and also inspiring his interest in Japan culture.

Jaybee has worked closely with DJ Jun (Capricious Records) and has showcased in clubs and held residencies at major events over the past 6 years. Jaybee draws on inspiration from Deep House and downtempo rythems. His love for skateboarding, graphic design, and travel, have inspired him to live a full experiential life connected with musical flavor and artistic juice.

Born in San Paulo, Brazil. JULIO CESAR first established the Capoeira group, “Yokohama Roda Brazil”, in 1996. First Introducing Capoeira at Kawasaki Club Citta’ , he sparked the Capoeira boom in Japan. He went on to study the Abada Capoeira tradition in Rio De Janeiro, Brazil, and established “Abada Carpoeira Yokohama” in 2000.. He has participated in world Capoeira tournaments all over the world and also has performed at various events in Japan, including the Tokyo Designer’s Block, and Candle June’s “FANTASTICO,” “Exhibition”. He has also conducted various workshops in Japan and abroad.

Since 1993, GIO has been a regular dj on Tokyo's club scene, appearing mostly in chill-out rooms, and appearing with the likes of Mixmaster Morris, The Orb's Alex Patterson, Ken Ishii, Haruomi Hosono, Tsuyoshi, Underworld, Solar Quest, and more. Starting as a regular dj at Maniac Love's "White Room" in 1994, he went on to a 2-year residency in Odyssey's ambient room from 1994 thru 1996, and gigs at Gold, Yellow, Nyabinghi, Ambient Web, Key Energy, Charlie's, Mela, Deep Green, Rainbow [email protected] Fuji, Aurora Psychedelica, The Pyramid, and the ultimate chill-room, Harmony, in Koh Phan Ghan, Thailand. (Wrote in '98.)

Gio formed MAKYO in 1993 with the desire to incorporate Eastern philosophies of sound and spirituality into the whole spectrum of 90s electronica. The result: zen dub, an organic electro-acoustic sound of tablas, ethereal Indian/Arab vocals, and bass.The band's brief is to ignore the barriers that exist between "live" and "electronic", "experimental" and "pop", "east" and "west", "traditional" and "modern". GIO who writes all the music, and plays most of it-- went through a long musical evolution before arriving in Makyo. The early 80s were spent in Kyoto, studying zen by day and playing in hardcore punk bands by night. The late 80s were spent in Taipei and Boston, playing in psychedelic Branca-influenced guitar ensembles, releasing through the mail-art/cassette underground, and dj-ing a free-style radio show on WZBC.

GIO is also the co-founder of Dakini records. “Dakini” is a goddess common to most Asian countries,but she manifests in many forms. In Tibet, she's the ethereal sky dancer, the "traveller in space". In parts of India, a disciple of the dreaded Durga. In other regions, a grasping ghost. In certain Tantric traditions, she's a priestess able to bestow enlightenment through her sexual skills. Dakini exists beyond borders, beyond definitions, able to adopt a multitude of identities while being limited by none.

Mark's inspiration in the study of crystals came from traveling around the world. Mark believes crystals to be powerful moving minerals.

He believes that everyone’s daily activities are always confronted at cross roads of evolution and through the correct use of Crystals, consciousness raises up to a clear and sacred state. The “information” stored in crystals does not come from “outside”, it comes from “inside” as vision to each individual. Understanding life with clear insight connects Marks vision with the collective consciousness of all creation and expansion.

He continues spinning the “ Future Myth” on this beautiful Earth, utilizing Crystals to manifest his dreams and aspirations.

Mishall has been a performing as a belly dance artist for more than a decade. She has perfiormed in Turkey, Germany, Maldive Island, Las Vegas, and Korea as well as several performances in Japan. She has participated in international dance festivals, and also produced Kervan Serai events. In Japan, she has performed on various occasions for brands, such as Louis Vuitton. KENZO. FENDI. and Hermes as well as performing at various electronic music festivals.

She is recognized as one of the top belly dancers in Tokyo. She calls her dance “the Sacred Earth Belly Dance”, which opens up a new world, awakening one’s body and mind through movement called Shakti Flow. Her dance focuses on personal transformation by encouraging self-awareness and actively living one’s life beyond ones own limitations. Her inspiration from Belly Dancing, comes from ancient feminin wisdom. It awakens natural female creative energy, and transmits pure beauty. Her dance is about a celebration of life.

Roial International was founded in Huntington Beach, California in 1997 by two young surfers who possessed independent creative spirits and who desired to offer newideas of fashion to the culture and lifestyle they had grown to love so much. The concept of their designs integrates “ Music, Culture, and Lifestyle.” They have collaborated with artists and stylists beyond the borders of fashion. Roial International seeks to bring out the creative and independent spirit of its customers, and to make them "feel better" about themselves through fashion expression.

They hope to continue to inspire people’s own sense of style, creative spirit and independent lifestyle through their designs. Roial International has spread around the world with Flag Shops in California, New York, San Francisco, Florida, Hawaii, Canada, London, Germany and Japan.

He grew up in a surf town near the ocean in Shonan, and lived with surfing since he was small. The waves at the North Shore, Hawaii moved him deeply at the age of 20, since then he has been taking surf photos. He continues his journalist work at surf points around the world as well as the North Shore, where he visits every year.
His work can be seen in major surf Magazines in Japan such as “SURF 1,” “Surftrip Journal,” and “ SURFINGWORLD.” His work is also seen in magazines abroad, “WAVES” (Australia), magazines in Indonasia. Last year his works got prizes at the photo contests by FUJI Film and Canon.

This July, he made a boat trip to the shore of Sumatra Island, Indonesia, and went around the surf points after the Tsunami left its scours. His article about this trip showed up at the top page of “SURF 1.” He became more aware of his presence as a human after seeing the aftermath of the Tsunami on the Simeru Island and Niasu Island.
His photos capture the images of nature projecting his lifestyle based on surfing and traveling, and the deep insights which have surfaced through this. He wants to share his works with others to visually introduce the spaces he has been in and loves.

Changing the shape of hotels.
When met with the task of refurbishing the original hotel structure, Claska questioned the notion of "living space." The myriad of ideas that sprung from thinking about this concept led to the birth of a hotel that has no equal. Its rooms are created by artists inspiring creativity of the people who stay at Claska. Claska stands not only for just a hotel but a space for the people to meet and explore the newest groundbreaking trends in art and culture, having beautiful gallery spaces to exhibit and host events. Claska has crossed over the borders of common hotels, and it is a creation of a hotel never been seen in Tokyo.

John began DJing house music in Glasgow and Edinburgh in 1996. In 2000, he briefly relocated to London, playing at many bars...

In 2001, the candles were lit in Hiroshima for “The flame of peace”. Shortly after the trip called “Candle Odyssey”...

David Swenson began practicing yoga in 1969 at the age of 13. His older brother Doug was his first teacher. They practiced hatha yoga from...

Hikaru began seriously studying Yoga in 2001 after having her mountain bike stolen from her. At that point, mountain biking...

Since childhood Lucy was always fascinated by the beauty of the moving body, exploring the marriage...