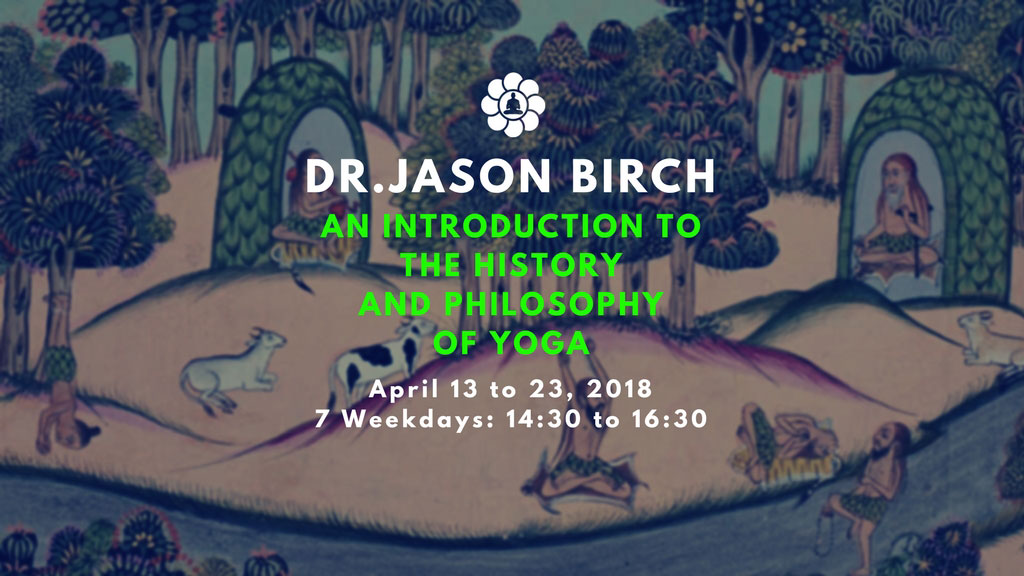 Dr. Jason Birch: Introduction to the History and Philosophy of Yoga

Jason Birch received a doctorate in Oriental Studies from the University of Oxford in 2013. His area of research is the medieval yoga traditions of India, in particular, those called Haṭha- and Rājayoga. His thesis, which was supervised by Professor Alexis Sanderson, focused on the earliest extant Rājayoga text called the Amanaska. A critical edition and annotated translation of this Sanskrit text is accompanied by a monographic introduction, which examines the influence of earlier Śaiva tantric traditions on the Amanaska as well as the significance of the Amanaska in later yoga traditions.

This lecture series will pose and discuss some basic questions on yoga, such as ‘what is yoga?’, ‘how can we understand its history?’, ‘do all yoga systems aim for the same thing?’, etc.

The course will summarise the central ideas of two main types of premodern yoga, namely, Pātañjalayoga and Haṭha/Rājayoga, and look more closely at some teachings that may be helpful for yoga practitioners.

The course will end with a short overview of the history of modern yoga. Small selections from historical sources will be presented in translation.

Participants will be encouraged to think critically about the material presented, and will gain an understanding of the differences and similarities between premodern yoga traditions as well as the ongoing transformation of yoga teachings throughout the centuries.

To get the Membership Pricing, first purchase a Membership from the Pricing page.